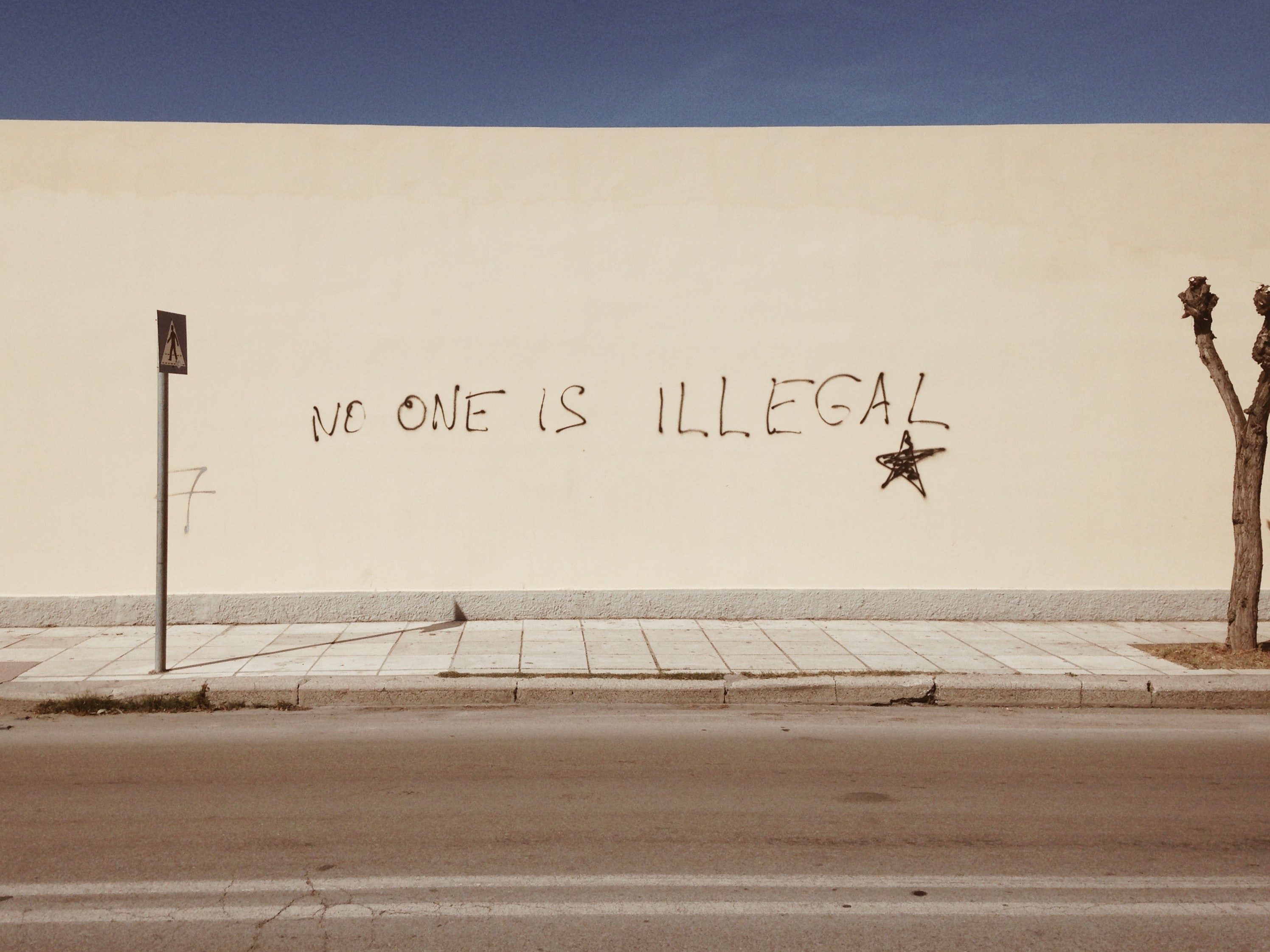 Where do we go from here? Uncovering the story behind ZEP Cancellation

Dreams shattered. Chaos. Confusion. Incessant fear. These are some of the emotions Zimbabweans living in South Africa are feeling right now after the Department of Home Affair’s decision to end the renewal of Zimbabwean Exemption Permits. From January 1, 2023, thousands of Zimbabweans and their children will no longer be able to reside, work, or attend school in South Africa on a legal basis.  In this short article, SIHMA delves deep into some of the issues surrounding the DHA’s decision to cancel the ZEP, the political and economic consequences of this decision and finally how the pro-migration civil rights groups like the Helen Suzman Foundation are responding to Minister Motsoaledi’s decision.

In 2014, the Department of Home Affairs (DHA) issued little under 200 000 Zimbabwean Special Dispensation Permits (ZSPs). These made it possible for Zimbabweans to live, study, work, and transact business legally in South Africa. Only those whose ZSPs had expired at the end of December 2017 were eligible to apply for a Zimbabwean Exemption Permit (ZEP). First-time applicants were not eligible, and ZEP holders were not eligible for permanent residency [1]. Through the ZEP, Zimbabweans could establish their lives, careers and school in South Africa with documentation that did not follow strict immigration rules.

ZEP Cancellation and what it could mean for Zimbabweans

Last year in December, the Cabinet of South Africa took the decision to not renew the ZEP and gave holders of the permit a 12-month grace period to migrate to another permit to regularize their stay in South Africa. The ministry says, holders of the permits must now “regularize their stay through normal immigration laws” before the end of 2022 [2]. This means getting mainstream visas for work and study, which is almost impossible for some to get due to the restrictive South African migration policy.  So, what would this new reality mean for Zimbabweans who have built their lives in South Africa for decades and must uproot them in less than a year? Fortune Ndebele, a Zimbabwean who resides in Alexandra Township, claimed that since the minister declared that they have a year to legalize their presence, locals have intimidated, harassed, and degraded them. "They are guaranteeing us that after the grace period expires, it would be hell on earth" [3]. In the 2008 xenophobic violence, Alexandra was among the worst-hit regions. Could this be the start of an unending massacre of foreign nationals in South Africa?

Who is affected and in what capacity?

According to Ekambaram, the head of the Refugee and Migrant Rights Programme at Lawyers for Human Rights, around 180 000 people received the permits but many more will be affected by the decision to end it [4].  This estimate does not consider the costs associated with raising a family, such as caring for children and dependents. The impact does not end here [5], as it stands, "Already, workers are being let go from their jobs. People's bank accounts are being closed, and the most recent instance is that young children who were in Grade 0 and need to register to get into Grade 1 are unable to do so because, starting in January 2023, their parents won't have any identification. Other students who will be impacted are those entering grades 7 and 12.

The Helen Suzman Foundation takes the government to court

The Minister of Home Affairs' decision to revoke the Zimbabwean Exemption Permit (ZEP) is being contested in court by the Helen Suzman Foundation (HSF). According to HSF, about 178 000 Zimbabwean nationals now have legal protection under the ZEP, enabling them to reside, work, and study in South Africa. As a result, permit holders have established homes, families, and jobs in South Africa and made contributions to the country's economy throughout the past ten years that it has been in place. But the Minister declared that the ZEP would be discontinued in November 2021 after a procedure that provided little notice and little opportunity for public consultation. ZEP holders currently must secure alternative types of residency authorization by December 31, 2022, which is typically a nearly unachievable demand. Otherwise, they must leave South Africa. They will be given a hopeless choice between returning to a Zimbabwe that is essentially unchanged from the nation they escaped or staying in South Africa as undocumented migrants with all the risk that comes with that status. Since this moment, thousands of ZEP holders have given birth to children in South Africa who have never even travelled to the nation where their parents were born [6].

The ZEP must end at some point, but HSF does not believe that persons who are in South Africa illegally should be granted the right to stay. Instead, HSF believes that persons who have carefully followed South Africa's regulations to be able to live and work here under the ZEP cannot have such permits revoked without a just process, a valid justification, and a genuine opportunity to regularize their status[7]. With the ongoing trial, what has been the government’s response? Motsoaledi lamented how in defending the government's choice "People continue to blame South Africa's immigration services, as if the country closest to the country that caused the issue should have responded by developing the necessary capacity to handle it” [8].  According to Ekambaram, the administration has spent the past few years trying to alter its stance on immigration. The rhetoric that migrants pose a threat to national sovereignty is persistent and is inextricably linked to the decline in voter turnout and support for political parties.

There is a persistent idea that xenophobia comes from individuals in positions of authority in South Africa. Many political players are attempting to mobilize support for xenophobic politics. This has prompted some people to blame African migrants for the socioeconomic catastrophe in South Africa. With the country preparing for the national elections in 2024, Ekambaram anticipates an uptick in rhetoric against immigrants.  At the core of xenophobic politics is the idea that migrants are taking away locals’ jobs and depressing the local economy. “We believe the root of the problem is that the ANC government has implemented macro-economic policies which have failed to transform the lives of our people,”said Phakamile Hlubi Majola, spokesperson of the National Union Metal Workers of South Africa (NUMSA) – one of the biggest labour unions in the country. Under their (ANC) reign, South Africa has become the most unequal society on earth, with crippling poverty and extremely high unemployment. Foreign nationals have been made the scapegoats in this painful scenario. The leader of the competing Action SA party made erroneous statements regularly in the run-up to the local government elections last year, in which the ANC suffered a crushing defeat. One of the election's success stories was Action SA, led by Herman Mashaba [9].

Another racist cliché that has been exploited by several ANC officials is the notion that foreigners are stealing jobs. Aaron Motsoaledi, the minister of domestic affairs, has stated that he wants legislation establishing restrictions on the number of foreign workers a company can hire to be passed.

Even Economic Freedom Fighters leader Julius Malema, who also describes himself as a pan-Africanist, joined the pre-election rhetoric against immigration, arguing that businesses should stop giving foreigners preference over South African residents. He checked the employment ratio between South African citizens and foreigners last month by visiting restaurants in the Gauteng Province. However, it is difficult to reconcile the findings with assertions that migrants significantly contribute to South Africa's employment. According to the labor department, barely 4% of people are in this group. The International Labor Organization said in 2014 that migrants make up the working population [10]. It is also difficult to reconcile the idea that, in contrast to everyone else, migrant workers are net-takers rather than net-givers to the economies where they spend their labor.

With the current situation happening to Zimbabweans, we ought to all feel guilty and ashamed in the spirit of Ubuntu. Tens of thousands of Zimbabweans—our neighbors—will no longer be able to regularize their stay in South Africa, due to the restrictive measures of mainstream visas, which will once more upend their lives. They now live in constant fear that they will become prey to xenophobic movements which have gained strength from the government's decision. At SIHMA, we stand with our fellow Zimbabwean nationals and hope for an amicable solution to this current predicament.

Photo by Miko Guziuk on Unsplash