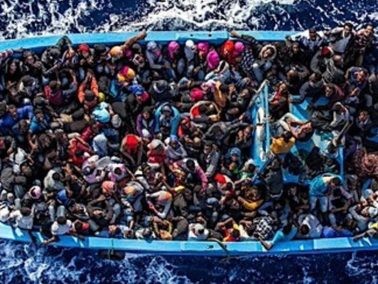 The African Observatory for Migration and Development: for the benefit of whom?

During the 28th summit of the African Union (AU), as soon as Morocco returned to the AU after thirty years of absence, the country’s sovereign, King Mohammed VI, was appointed Africa’s leader for migration. Part of this decision was based on the positive development of the 2013 Moroccan policy on national immigration and asylum which aimed at regularizing the situation of many migrants and which benefited 25,000 migrants in 2014 alone.

The King started working towards an African Agenda on Migration as soon as he was appointed and presented a preliminary note on the topic during the following 29th summit of the AU. The preliminary note presented the three aspects on which the Agenda would be based: “Making migration in Africa a choice and not a necessity, breaking free from stereotypes associated with migrants, and forging a global, integrated, holistic vision of migration”

Mohammed VI’s view of migration is that it is a natural phenomenon that should be celebrated, accepted, and considered as a solution that is beneficial to the hosting countries. One of the outcomes of the Agenda, and under suggestion of the King is that, in order to manage migration issues, the AU should create an African Migration Observatory.

Establishment and Aims of the African Observatory for Migration and Development:

Although the 31st AU summit of 2 July 2018 in Nouakchott, Mauritania, covered the topic of security, trade and corruption, the continental body also accepted Morocco’s proposal for the creation of the African Observatory for Migration and Development (OAMD). The observatory will aim at “harmonizing the national strategies of African states and improving interactions with partners” thus dealing with the collection and development of information on migration within Africa, the regulation of policies and their harmonization throughout the African countries, and the interaction with partners abroad. For this reason, collaboration with the already existing migration bodies of the Regional Operation Center (ROC) in Khartoum and the Horn of Africa Initiative (HoA) will be essential in order to share information that has been collected already.

Many newspaper articles and news did not fail to notice that the announcement of the creation of OAMD came soon after Morocco denied permission to the European Union to open “disembarkation platforms” on its territory. Morocco and the other North African countries’ reservation on the establishment of these EU centres on their territories come from the concern that they would increase their position as transit countries or become destinations on their own. In order to come up with a solution to the ‘migration crisis’ in Europe, in June 2018, a summit in Brussels proposed the opening of processing centres in the North African countries where asylum seekers could go to apply to obtain asylum in Europe. These centres would process all the requests for asylum and accept and transfer to Europe the refugees who need protection while turning away economic migrants thus preventing them from crossing the Mediterranean Sea illegally. The EU apparently failed to consider that in order to establish these centres, they would need the cooperation of the Northern African countries. As of 21 June 2018, no African country agreed to host such ‘disembarkation platforms.’

The announcement on the establishment of OAMD seems to both respond and please the EU since the observatory will also monitor migrants from Africa thus inadvertently becoming a pseudo-processing centre for the European Union. In fact, the countries that will subscribe to OAMD will be responsible for collecting data on the identity and welfare of their citizens which will then be collected into national data systems that will be accessed by the observatory. This means that with the opening of the observatory Morocco will “become a more useful neighborhood for Europe” as it will probably prevent many of the migrants from North and West Africa to enter the European Union while maintaining an apparent autonomy. In fact, one could imagine that the decision to position the observatory in Rabat is also a strategic geographic one because of the proximity of Morocco to the European continent. By hosting the observatory on its territory, Morocco will also gain a prominent position within the African Union playing a primary role in the continent and being able to accomplish its own national development goals. However, It is still unclear whether the OAMD will reflect the interests of African states or would rather pursue a European driven agenda on migration. A lot will depend on how the AU’s institutional and financial reforms will progress.