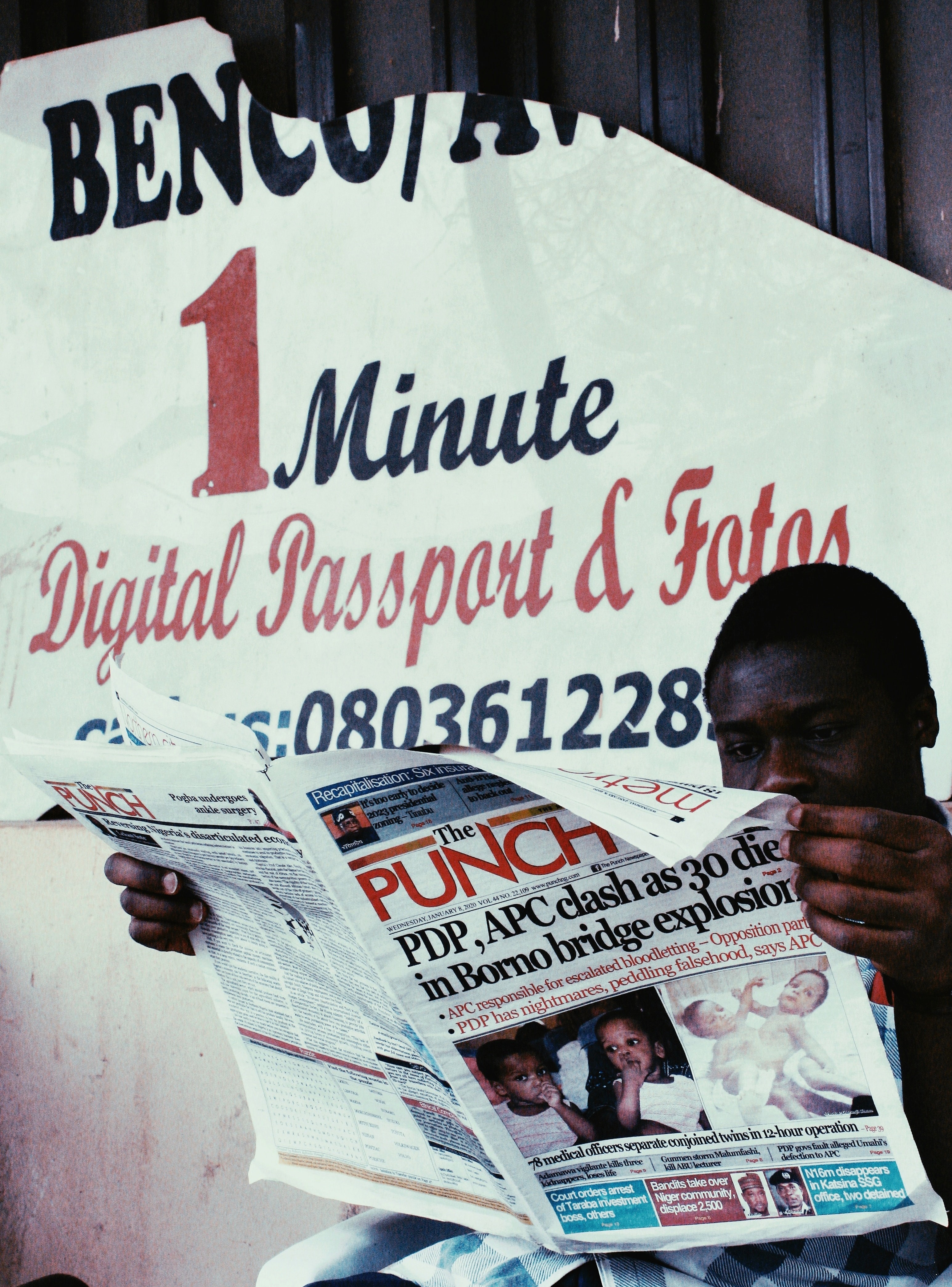 No country, no future: The bleak plight of stateless children in South Africa

Undocumented children in South Africa fall into a perpetual cycle of statelessness – many children whose parents are asylum seekers become stateless when administrative duties are neglected, or under the law they are unable to register for citizenship. Stateless children are unable to access primary education, write matric examinations or have any form of legal identification. One of the most if not the most essential aspect for acquiring citizenship is having a birth certificate. Without a birth certificate, children become invisible. The lack of cooperation between the Departments of Social Development and Home Affairs is a recurring issue for families and social workers trying to submit late birth registrations. Gaining citizenship in South Africa can mean a world of difference for refugee and asylum-seeking families – without citizenship, social welfare can be withheld by the government. The current requirements by necessary departments make the legal pathway to citizenship for stateless children a very difficult one and puts them at risk of being subject to a generational cycle of poverty.

Read the full article on the Daily Maverick here: https://www.dailymaverick.co.za/article/2020-11-29-no-country-no-future-the-bleak-plight-of-stateless-children-in-south-africa/

Access the UNHCR’s handbook on the “Protection of Stateless Persons” here: https://www.unhcr.org/en-us/protection/statelessness/53b698ab9/handbook-protection-stateless-persons.html

Xenophobia is a serious problem in South Africa and many migrants, refugees and asylum seekers face harassment and discrimination. To address the issue of anti-immigrant hate crime in the country along with other crimes, discrimination and intolerances, the government launched the National Action Plan to Combat Racism, Racial Discrimination, Xenophobia and Related Intolerance in 2019. A market research company, Ipsos, in collaboration with the Human Sciences Research Council (HSRC) conducted a survey in an attempt to gain further understanding on anti-immigrant sentiment in South Africa. The media was found to be highly influential in changing public opinion on immigration – anti-xenophobia campaigns would be wise to focus most of their energies on radio and television programs. Moreover, political and religious leaders who command respect need to speak out against xenophobia. To organize effective targeted campaigns, policymakers and civil society need to identify and map how people in South Africa think about and perceive migrants.

There is currently a fresh wave of xenophobic violence taking place in eThekwini and other parts of Kwa-Zulu Natal. Over the past month, several coordinated anti-foreigner protests have taken place – protestors said to be Umkhonto we Sizwe military veterans recently shut down businesses owned by migrants in the Berea area, accusing them of taking jobs from South Africans and selling drugs; concurrently, protestors have been burning, vandalizing and looting trucks along the N3 that are being driven by foreigners, demanding that South African registered trucks be driven by South African drivers only. The rhetoric surrounding the latest attacks seems to be the same as in previous periods of anti-migrant violence – foreign nationals are portrayed as criminals, drug dealers and murderers who are stealing jobs from South Africans. The government appears to be unwilling to take a consistently hard line against the leaders of these anti-foreigner protests and attacks. The Africa Solidarity Network has condemned the attacks on shop owners in Durban, citing the phrase “South Africa belongs to all who live in it”.

Read the full article on the protests and violence that has rocked the country in the last month here: https://www.dailymaverick.co.za/article/2020-11-25-mk-veterans-join-up-with-truck-drivers-to-force-foreigners-out-of-jobs/

Read the full article on the recent wave of xenophobic attacks on shop owners in Durban here: https://www.timeslive.co.za/news/south-africa/2020-11-04-immigrant-shop-owners-in-durban-fear-for-their-lives-after-attacks/

The Durban Refugee Reception Centre has been closed since the lockdown began in March. During this period of time, the documentation of thousands of refugees and asylum seekers has expired. Despite the fact that a blanket extension has been given until January 2021, the assurance by the Department of Home Affairs that expired permits will be recognized appears to have carried no weight. There have been reports of members of the South African Police Service victimizing immigrants and refusing to acknowledge the asylum documentation extension. The Minister of Home Affairs has been called upon by the Coalition of the Poor to take urgent steps to provide Refugee Reception Centres around the country with additional resources to be able to restart the asylum visa and refugee status renewal process immediately. The Department of Home Affairs services are currently open for South African nationals – this failure to open services to vulnerable foreign nationals (asylum seekers and refugees). The coalition pointed out that this is ‘placing an unbearable burden on refugees and asylum seekers… many… suffered months of lock-down related unemployment without recourse to social relief’, is a rather ‘clear example of discrimination.’

Read the full article on Ground Up here: https://www.groundup.org.za/article/home-affairs-closure-durban-refugee-centre-making-life-unbearable-immigrants/

West Africans are dying trying to reach the Canary Islands

Migrants from across Africa have been departing the continent from boats along the whole coast in an attempt to reach the Canary Islands. While the risk of dying en route to the Canaries is up to six times higher than making the trip to Europe across the Mediterranean, many people see no other alternative at the moment. Many of these migrants are fleeing terror or persecution – the UNHCR believes that people are mainly coming from Mali (a country struck by jihadist violence), Guinea and the Côte d'Ivoire (both recently hit by election-related violence). In an attempt to stop the influx of migrants, the Spanish government is planning to more than double the number of boats and aircrafts patrolling the west African coast. In the past, repatriation flights have left the Canary Islands for Mauritania – migrants are flown there, bused to the border of Senegal or Mali and then left there to find their own way. However, UNHCR has urged countries not to follow this plan of action as owing to the instability in the region it may be breaking international laws. While Spanish ministers have recently visited countries such as Senegal and Morocco in an attempt to persuade governments to try harder to stop migrants from leaving the country, many migrants cannot be persuaded to stay in their home countries. Many migrants, regardless of the journey, are still willing to risk death for a better life in Europe.

Read the full article on The Economist here: https://www.economist.com/middle-east-and-africa/2020/11/28/west-africans-are-dying-trying-to-reach-the-canary-islands

In recent years, the link between climate change and migration has gained academic and public interest. While environmental hazards have been found to directly affect migration, the link depends on the economic and socio-political conditions in the region. Ultimately, environmental migration is most pronounced in agriculturally dependent, middle-income regions where the populations have sufficient resources to migrate. Conversely, in low-income contexts, people are more constrained in their mobility and face the risk of getting trapped in harsh environmental conditions. Environmental migration has been shown to be primarily internal or within a region and rarely over large distances. In Sub-Saharan Africa especially, changing climatic conditions and ecological hazards are an important migration driver. Several cities in Sub-Saharan Africa have seen rapid population growth – cities such as Dar es Salaam, Kampala, Abuja, and Bamako see migrants fleeing environmental threats in their rural areas of origin and arriving with limited resources. If planned and well managed, urban growth has the potential to bring social and economic benefits for both migrants and their destination areas.

Follow the story further by reading the report compiled by The World Bank here: https://www.worldbank.org/en/news/infographic/2018/03/19/groundswell---preparing-for-internal-climate-migration

Officials from East and Horn of Africa (EHoA) came together during a second Regional Ministerial Forum to discuss the harmonization of labour migration policies in the region. Ministers from Kenya, Uganda, South Sudan, Sudan, Ethiopia, Somalia, Djibouti, Rwanda and Burundi came together in an attempt to harmonize labour migration policies in the region. The Regional Ministerial Forum on Migration (RMFM) calls on countries to cooperate towards establishing a common platform for engagement between countries of origin, transit and destination of migration. Commitments have been made to try and make labour migration safe, orderly and humane.

Read the full article from the Mail & Guardian here: https://mg.co.za/africa/2020-11-03-the-trump-administration-keeps-targeting-african-immigrants/

Read about the work that The Leadership Conference on Civil & Human Rights is doing to try and ensure that Cameroonians are not returned to a country that has become temporarily unsafe for its residents: https://civilrights.org/2020/10/26/trump-administration-must-offer-humanitarian-protections-to-cameroonians/

How is the pandemic affecting remittances to fragile and conflict affected settings?

Migrants and refugees are among the vulnerable populations that have been hardest hit by the COVID-19 pandemic. The pandemic has been especially difficult for the families of migrants and refugees who depend on the money that is sent home. Countries affected by fragility and conflict have households that rely solely on remittances to help them survive every month. The economic crisis induced by the pandemic is expected to cause a large decline in remittance flows globally in 2020. The drop is expected to be exceptionally sharp in countries like Nigeria, the largest remittance-receiving country in sub-Saharan Africa. Lockdowns, travel restrictions and social distancing measures have resulted in widespread job losses, with the adverse effects being disproportionately high for migrants as they typically work in the informal sector. So far, government responses to the pandemic have focused on helping their own citizens.

US cuts refugee admissions, creating doubt for tens of thousands of applicants

In the 2021 fiscal year, the United States will only admit a maximum of 15,000 refugees – an all-time low. Coupled with this, the administration has suspended entry for most refugees from Syria, Somalia and Yemen, citing terrorism risks. The administration has claimed that the cap is justified for humanitarian concerns, but the number of Syrian, Somali and Yemeni refugees that have been referred for resettlement in the United States is almost double the number established by the cap. As of October 2020, 27,023 individuals were already approved for resettlement in the United States, pending security checks. There are exceptions that can be made for refugees of these three restricted nations who have been persecuted, have a well-founded fear of persecution or have been referred by a U.S. embassy. But it remains unclear as to how many of the 27,023 individuals fall into these exempted categories.

Access the notice published in the Federal Register by the Trump administration: https://www.federalregister.gov/documents/2020/11/06/2020-24912/presidential-determination-on-refugee-admissions-for-fiscal-year-2021

Biden pledges to raise refugee ceiling to 125,000 in address to Jesuit group

In stark contrast to the extensive cuts in the U.S refugee program under the Trump administration, President-elect Joe Biden announced he will raise the number of refugees allowed into the United States to 125,000 in his first year in office. The figure is more than 8 times higher than the 2020 figure under President Trump (15,000) and is greater than the 110, 000 in President Obama’s last term of office. As the Presiden-elect said to the Jesuit Refugee Service on 12 November: “I promise, as president, I will reclaim that proud legacy for our country. The Biden-Harris administration will restore America’s historic role in protecting the vulnerable and defending the rights of refugees everywhere and raising our annual refugee admission target to 125,000.”