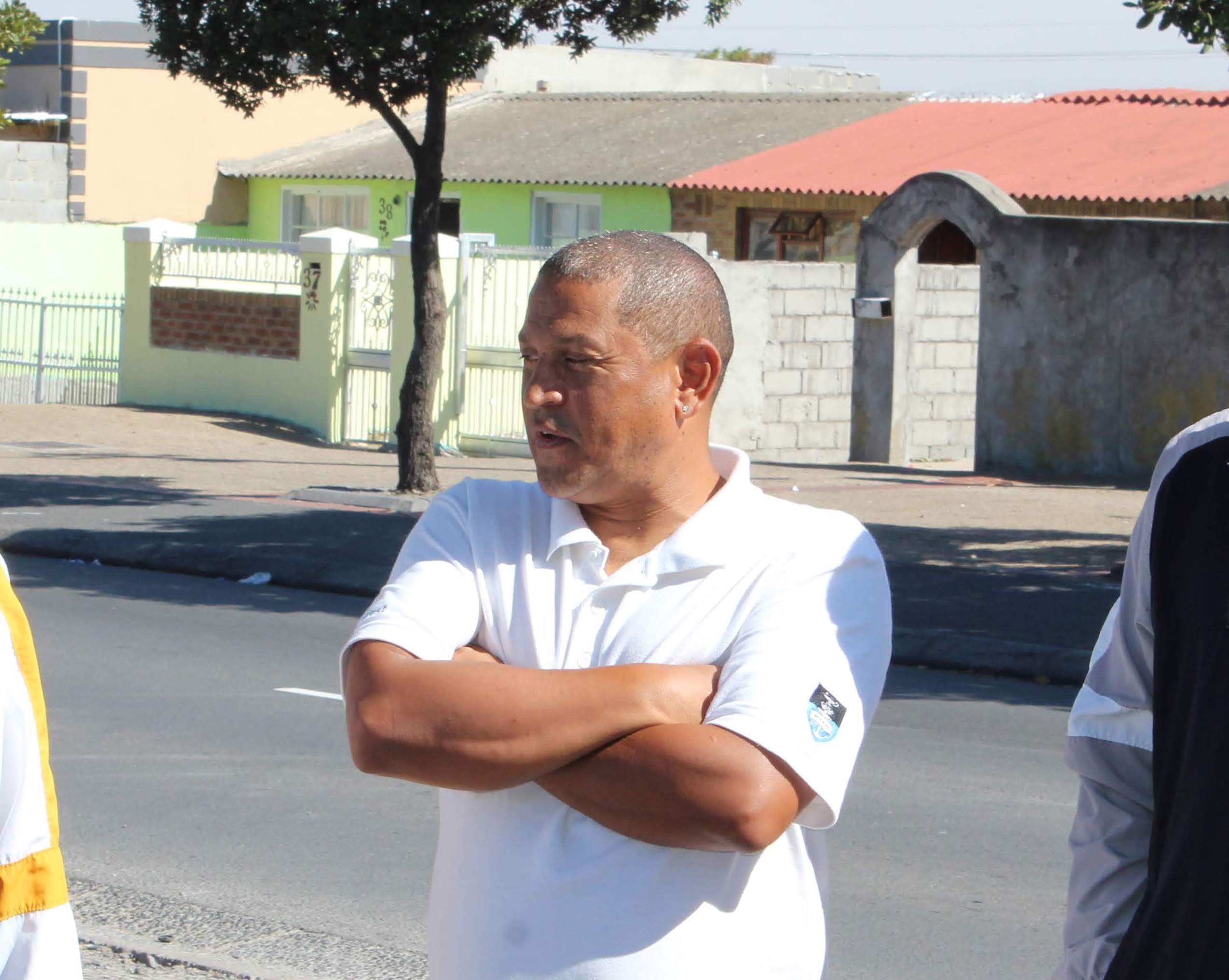 To celebrate and commemorate Heritage Day on September 24th, SIHMA interviewed Dezz van Niekerk – life coach, mentor, writer, popular educator, and specialized counsellor – and asked him about his thoughts on the history of migration and internal displacement in South Africa and how these are considered in contemporary society, especially when celebrating South African culture and heritage on Heritage Day.

Dezz was born and raised in Cape Town, South Africa in the 1970s and 1980s, in a neighbourhood facing extreme violence, in the community as well as the home. As a teenager, he was recruited as a soldier and trained abroad. When he came back to Cape Town in 1992, he decided to dedicate his life to help others and started working in social development in the city. His focus was welfare and poverty alleviation, by working with young people, families, migrants and refugees, and former soldiers coming back from exile. He has been developing training programs and material for cities, NGOs and the government to help youth at risk, for instance from dropping out of school and joining gangs. Recently, he has been looking at current and historical displacement from the city to the townships in Cape Town and in South Africa.

Q: What can you tell us about the history of internal migration and displacement of people in Cape Town and across South Africa during apartheid and the changes in the early years of Constitutional Democracy?

Internal displacement is a part of the history of South Africa, in colonisation and under apartheid. People were forcibly displaced from the rural areas for economic purposes, to work in cities and in mining towns, especially in Cape Town and Johannesburg. The problem was that there was no housing available to these displaced persons. They had to establish informal settlements in the periphery of the city with no proper infrastructure. Municipalities moved people outside of the city. In Cape Town, they were the Langa migrants, i.e. Black and Coloured [(individuals who are decents of two different ethnicities) internal] migrants resettled in the Langa township, forced to live in single quarters where their families were not allowed to join.  The Dompas law [,Pass Laws Act of 1952  ] also forced every Black person to wear a pass, i.e. an ID card and ‘They had to be able to show this pass to the authorities or else be fined or sent to prison’. This first concerned only men, then later on women when the number of female workers increased. Black migrants were not allowed to live in the city as it was reserved for so-called Europeans (i.e. White people). People became displaced for good. They started new families in the city and stopped sending money back to their first families in rural towns. As a consequence, the State started to intervene in these families left in the rural areas. The State sent social workers to remove children from their family in exchange for a compensation grant. In doing so, the State acquired authority over young people in South Africa, which formed another category of forcibly displaced persons. The State created chaos in a strategy to separate people to control the population. Until today, these informal settlements still exist, and the towns are still separated, with a special design for Black and ‘Coloured’ towns. When people come to the city, they [often] come live in the townships, without proper infrastructure. And when these settlements are destroyed by heavy wind, rains and fires, the next day they are rebuilt. We are currently in a level 2 lockdown due to the Covid-19 pandemic. Despite regulation stating that no one should be evicted in these times, municipalities are using [legislation] to remove what they call “illegal dwelling”, i.e. illegal settlements. The 1913 Land Act [was] an apartheid law which states that Black people had ownership over only 3% of South Africa’s land. It was revised in 1938 to 13%, but it means that today [as a result of this history] a lot of land and houses still belong to the city and not to the inhabitants. [Arguably,] if people don’t designate successors to occupy their accommodation after their death, then the new inhabitants don’t have the right to stay. This is the re-appropriation of land by cities and the State without compensation. There are resistance [initiatives] and protests against that, as well as debate at the parliament. But, I am afraid that cities will go on eviction campaigns when the lockdown is eased to level 1. I am currently working with an organization called Inside Out [(2)] to support refugees and other disadvantaged groups occupying buildings in Cape Town’s CBD. We are helping people at risk of being evicted by the municipalities which are saying that the former owners had no permission from them to sublet. We are working to secure placements and help these communities with their internal tension to build proper resistance and legal capacity, to unite the communities in a single fight.

Q: In the struggle there were a number of South Africans forced into exile in other countries during apartheid who returned to South Africa since 1994. Currently South Africa is host to a fairly large number of migrants from across the continent. Do you think that people often reflect on and consider the role of other African countries in collaborating with South Africans to bring an end to Apartheid?

I don’t think that there is a lot of reflection about this… The next generation doesn’t understand the connection with neighbouring countries, and migrants are perceived as and called ‘aliens.’ We are part of a continental family. We need to see the positive things that these migrants bring to the country, but at the moment, South Africans don’t appreciate their value and migrants are treated as not having the same value. This is a widespread idea in South African society, especially around issues of unemployment.

As South Africa approaches Heritage Day on 24 September SIHMA asked Dezz to reflect on this in light of current status quo in country relating to people on the move and the need for reflection, addressing and healing from the pains of the past. Look out for our blog post on 24 September to see what Dezz’s response was.