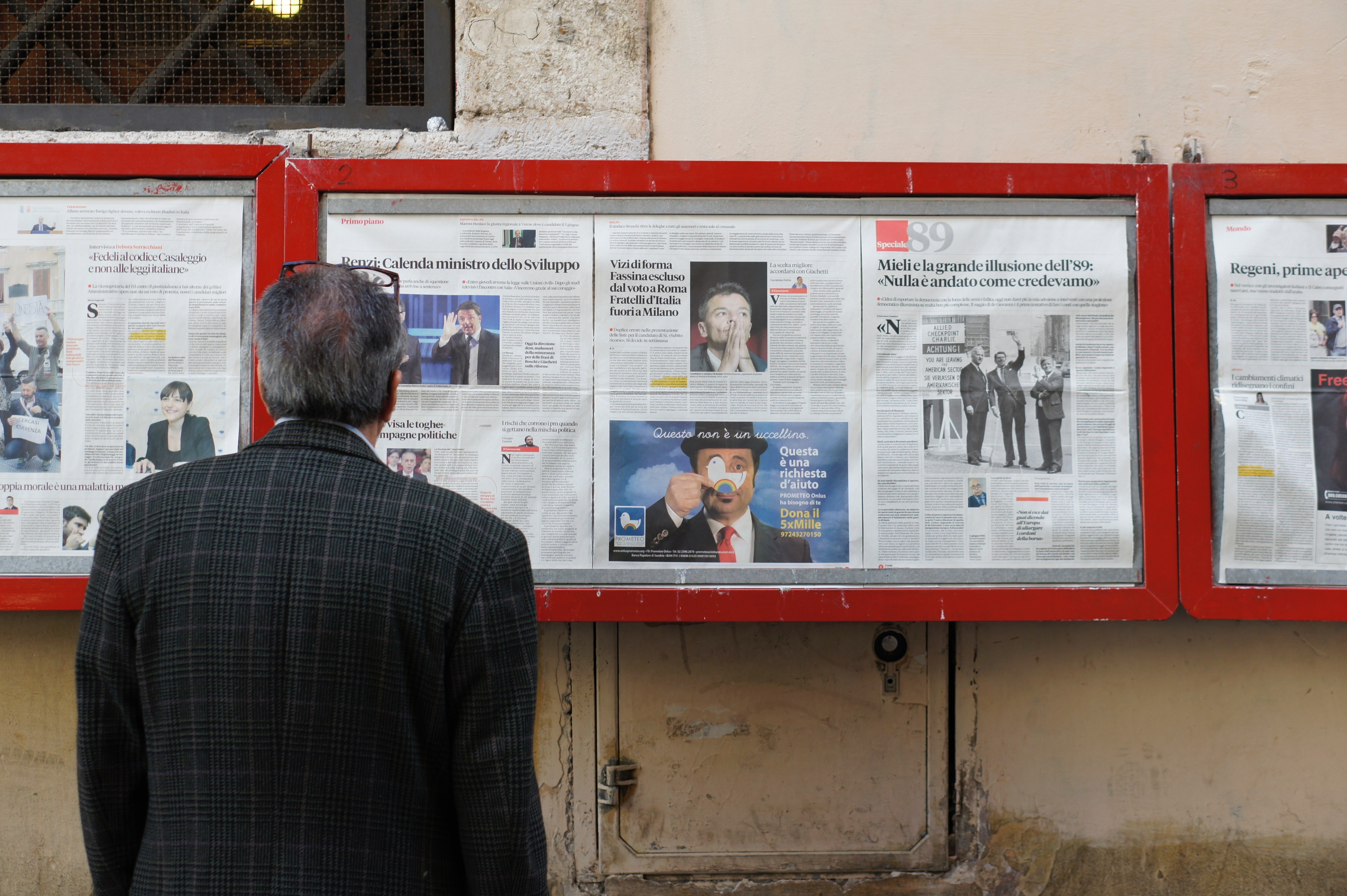 Photo by Filip Mishevski  on Unsplash

The United Nations condemned reports of increasing violence against foreign nationals in South Africa and called for the government to be more accountable against the xenophobic, racist, and hate-inspired speech that impact the population of foreigners in the country. Experts say that the lack of urgency by South Africa’s government to resolve the issues associated with migrants and refugees will lead to “explosive violence.” Further, the experts claim that much of the discrimination of foreigners in South Africa is institutionalized in government policy and South African society as a whole.

Read the full article at: https://www.ohchr.org/en/press-releases/2022/07/south-africa-un-experts-condemn-xenophobic-violence-and-racial

According to the deputy director of corporate accounts at the Department of Home Affairs, the South African government has adopted a zero-tolerance stance on the hiring of illegal foreign workers. Deputy director Makhalemele has stated that he is aware of illegal foreigners in the country and implores employers to ensure legality of every individual they hire. The department is claimed to be taking a “no-mercy” stance and that heads of companies that hire illegally will face charges, fines, and imprisonment.

Read the full article at: https://businesstech.co.za/news/government/608132/government-sends-warning-to-businesses-hiring-foreign-workers-in-south-africa/

After facing lawsuits by the Helen Suzman Foundation, the Department of Home Affairs is now facing another challenge—this time from the Zimbabwean Immigration Federation (ZIF). The challenge—directed at DHS, President Ramaphosa, SAPS, SANDF, and the Border Management Authority—seeks to interdict the arrest or deportation of ZEP holders after the expiration of their permits at the end of the year. The second part of the challenge seeks to have DHS review the decision to cancel the Zimbabwean Exemption Permit.

Read the full article at: https://www.news24.com/news24/southafrica/news/zimbabwean-exemption-permit-court-battle-underway-to-stop-arrests-deportations-20220727

The ANC has state that spousal and relational visas should be nullified on the basis that the system is being abused by foreign nationals seeking to settle in South Africa. The party argues that some of the world’s most developed countries have strict migration laws and that South Africa should model their policies similarly in order to “protect the rights of their citizens.”

Read the full article at: https://www.businesslive.co.za/fm/fm-fox/2022-07-29-anc-wants-tighter-citizenship-laws-to-keep-out-undeserving-foreigners/

22 Malians, including children, die in boat disaster off Libya

The United Nations and the Malian government confirmed that 22 individuals—children included were found dead off the coast of Libya. The IOM revealed that the deceased were made up of a group of mostly Malian citizens that were a part of a larger group of 83 individuals. The IOM says that the remaining 61 individuals were rescued and taken back to the Libyan shores. This comes after concerns about a rising hunger crisis being driven by the Ukrainian war across the continent of Africa.

Read the full article at: https://www.aljazeera.com/news/2022/7/6/22-malian-migrants-die-in-boat-disaster-off-libyan-coast

The National Council for Human Rights (CNDH) stated that the migrants who passed away recently in the June 24 stampede on the border of the Spanish enclave of Melilla suffered from mechanical asphyxiation. The cause of death was announced after allegations about excessive use of force against the police in the region were made by the United Nations, and African Union, and many different NGOs. The CNDH argued that the deaths were not a result of the police’s use of force and that their use of force came as a result of many of the migrants being armed with sticks and stones and posing a threat to the officers.

Read the full article at: https://www.africanews.com/2022/07/13/morocco-claims-migrants-died-of-asphyxiation/

A UN report revealed that 44 West African migrants were rescued in Niger amidst their journey to Libya. The IOM and Niger’s civil protection agency assisted the migrants to a migration centre in the city of Dirkou where they are said to be receiving “essential humanitarian assistance.” The news comes shortly after reports of 10 migrant bodies being found near the Libyan border in the Nigerien city of Dirkou.

Read the full article at: https://www.africanews.com/2022/07/15/dozens-of-migrants-rescued-in-nigerien-desert-un/

Desperation and hope drive migrants onto ‘boats of death’ in Tunisia

A CNN report investigated the increased migration flow through the country of Tunisia as a pathway to European borders for many migrants across the African continent. The investigation seeks to shed light on the treacherous journey that many migrants—many of which are also Tunisian—are taking in order to reach better situations in Europe. The report touches onto individual stories and speaks on the struggles experienced by families and victims of the dangerous migration.

Read the full article at: https://edition.cnn.com/2022/07/22/africa/tunisia-mother-migrant-crisis-intl-cmd/index.html

An investigative analysis by Christopher Nshimbi reveals that the conversation surrounding migration across Africa must shift in order for people to acknowledge the significant benefits to migration. He states that the decrease of restrictions around movement in the continent comes with substantial benefits and nations should also acknowledge the significant economic benefits that come with the increased flow of cross-border movement.

Read the full article at: https://www.news24.com/news24/analysis/analysis-christopher-changwe-nshimbi-migration-is-a-decisive-factor-in-african-integration-20220726

According to a WHO report, migrant communities across the world are facing lower health outcomes in comparison to those who are members of their host communities. Extensive review shows that the lower health outcomes aren’t on the basis of inherently poor health, but rather, the result of suboptimal health determinants including education, access to services, and income—all of which are compounded by issues such as legal barriers.

Read the full article at: https://www.who.int/news/item/20-07-2022-who-report-shows-poorer-health-outcomes-for-many-vulnerable-refugees-and-migrants

Australian Labor MP, Julian Hill, stated that the Australian government should make efforts to clear the backlog of visa applications in order to clear the home affairs’ name. The statement is followed by claims that the government’s lack of urgency will lead to a continued development of animosity against the department as many people seeking a visa in the country will grow much more impatient and dissatisfied with their efforts.

Read the full article at: https://www.theguardian.com/australia-news/2022/jul/21/visa-application-backlog-risks-causing-human-misery-and-economic-carnage-due-to-understaffing-says-labor-mp

The Italian government has organized a new humanitarian corridor along with charities and international organizations to offer additional refugees who have been persecuted in Afghanistan the “possibility of a future in dignity and security.” 300 Afghan citizens arrived in Rome and the Foreign Ministry says that the corridor hopes to transfer 1200 Afghan refugees with priority given to women and children.

Read the full article at: https://apnews.com/article/middle-east-iran-pakistan-migration-f6b6e805d84a49b173877e6eb3bf82cd

Read the full article at: https://www.dw.com/en/mexico-94-migrants-found-in-abandoned-freight-container/a-62634280