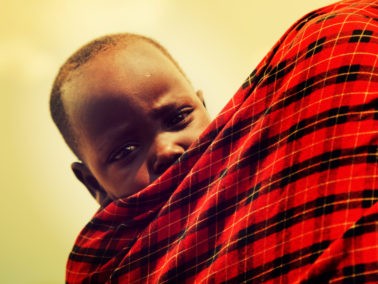 Caught in a Catch-22: Child Migrants in South Africa – Are short-term plans and implementation gaps putting foreign children at risk?

In 2004, a court case brought by the Centre for Child Law reflected the severe challenges and restrictions that children face in the South African migration landscape. Responding to the detention of over 100 children at Lindela, including some who were illegally held with adults, the Pretoria High Court ruled that such detention of minors was unlawful and a shameful transgression against the children’s rights and interests. In spite of this, approximately 50 children have been discovered at Lindela since 2016.

The ongoing arrest and detention of foreign children underlines the need to address the adversity that they face upon entering South Africa, especially given that civil conflicts and trans-border migration have brought more and more child migrants into the country in recent years. Though South Africa has accepted international obligations to act in children’s best interests and arguably possesses one of the strongest and most progressive foreign child protection frameworks in Africa, severe gaps in implementation and interpretation often make foreign children’s long-term welfare an unattainable ideal rather than a reality.

In their recent review of the legal and political structures that deal with different categories of foreign children, Ncumisa Willie and Popo Mfubu highlight the deficiencies in the state asylum-seeking and child protection systems, drawing attention to the practical challenges that foreign children face in accessing documentation and social services. They find that the lack of long-term focus or flexibility in the current system especially hurts unaccompanied and separated foreign children, forcing them into a vulnerable “legal lacuna” or void as soon as they reach majority age. Here, it should be noted that a separated child may have a non-parent adult accompanying her, but an unaccompanied child has no adult with her. Across all foreign child categories – including accompanied foreign minors with refugee claims, as well as unaccompanied or separated children without them – it is concluded that children’s situations are approached in a narrow and short-sighted way that is crippled by poor understanding of the relevant laws among involved officials.

As a signatory of the 1989 Convention on the Rights of the Child, South Africa is internationally obligated to pass and implement laws for the realization of children’s interests. At the same time, Section 28 of the South African constitution establishes the duty to protect, fulfill, and promote children’s rights, and the 2005 Children’s Act gives effect to those rights and sets principles for children’s care and protection. As neither document distinguishes between foreign and South African children, South Africa is duty-bound to protect all children regardless of nationality or status . Moreover, under the 1998 Refugees Act, the Children’s Court can order that a child with a valid refugee claim be assisted in applying for asylum and documentation. In theory, several basic steps are followed when a foreign minor is discovered. While identifying the nature of the child’s situation, it is determined whether she is unaccompanied or separated from her parents or guardians; if so, she is assumed to require care and protection and arrangements are made to improve her situation. Also, if she is found to have a strong refugee claim, involved officials help her to apply for refugee status documents. Meanwhile, the child’s social worker should find out both why she left the home country, why she is alone, and whether there are parents, caregivers, or extended family members able to care for her and provide for her needs. The child is reunited with these relatives if they are found and if repatriation serves her best interests. Otherwise, alternative care arrangements are recommended to the Children’s Court. Throughout this process and afterward (if alternative care is necessary), the child can be placed in foster care, temporary safe care, a Child and Youth Care Centre, or other forms of care.

Unfortunately, children navigating this process face a host of challenges in accessing social and economic services, applying for documentation, and securing their long-term future wellbeing. Unaccompanied children often remain undocumented because status determination officers assume that they can only deal with children as dependents of an adult or part of a family. The same is true for unaccompanied/separated children without refugee claims, who are dealt with under the Immigration Act and cannot receive permits because they are not traveling as dependents of an adult. Across both the Refugees and Immigration Act, this practice leaves unaccompanied children with no place to turn in seeking documents. The lack of documents can then bar them from accessing education, healthcare, and other services, as well as leave at risk for detention and arrest. Additional problems include social workers and other officials’ failure to account for child-specific refugee claims (such as risks of forced service as child soldiers or forced child marriage) and a short-sighted emphasis on children’s placement in secure but temporary care. Lacking documentation and often considered resolved cases as soon as
they are placed in a safe environment, unaccompanied children lose all protection once they come of age. Overnight, they are shunted from enjoying safety and protection under the Children’s Act to suffering risks of being arrested, detained, and deported as illegal migrants.

Separated foreign children with refugee claims face many of the same problems in gaining documentation, though they are not specifically catered for in the Refugees Act. According to court precedent, however, every separated child should be documented as soon as possible, with the Department of Home Affairs (DHA) helping the child with her asylum application before the Children’s Court releases its findings. The unfortunate reality is that in practice, the DHA often leaves children undocumented and vulnerable while the Children’s Court performs the inquiry. Meanwhile, accompanied foreign children with refugee claims are considered under their parents’ asylum applications as dependents. This means that a refugee minor is only able to apply for derivative asylum status and cannot have her independent asylum application adjudicated. Then, once she reaches 18 and is no longer a dependent, she can only stay in the country if she applies for asylum in her own right and receives a valid permit. To do this, she must base her application on the refugee claim that she possessed when first entering the country, which is often no longer reliable grounds for status.

Whether a child can be classified as unaccompanied, separated, or accompanied, and whether she has a refugee claim or not, she faces a number of barriers in securing a stable future in South Africa. Willie and Mfubu make a number of recommendations for better implementation and adaptation of the political and legal frameworks, urging measures that will more effectively serve children’s best interests and futures. In the current situation, the intensive focus on short-term social welfare for undocumented and unaccompanied children has a large consequence: especially in the long-term, the children are denied access to services such as health care and education and suffer the risk of being arrested and deported. The children’s position as foreign nationals and lack of documentation are held against them when they try to access their rights
and services. Children’s Court officials and social workers are poorly versed in the children’s specific vulnerabilities as foreigners and the full protections they are entitled to. Within the legal framework of children’s protections, a step to remedy this could be to insert the clause “irrespective of nationality” and mentions of unaccompanied/separated foreign children in the Children’s Act. Moreover, when evaluating whether a child needs care or protection, the DSD should be more systematic in determining whether the child needs legal documents, recognizing that a lack of documents makes the child more vulnerable to exploitation or unlawful detention. The Children’s Court should likewise play a more active role in deciding whether a child needs care and protection and in enlisting legal experts to provide input about a child’s qualification as a refugee. Overall, implementation of the frameworks in place must shift from a short term emphasis on children’s
immediate welfare and temporary care to forward-looking efforts that prioritize children’s need for documentation and recognize the distinct vulnerabilities and claims to residency in the country that children have. Until this transition effectively takes place, the present and future security of child migrants and asylum seekers is in jeopardy.