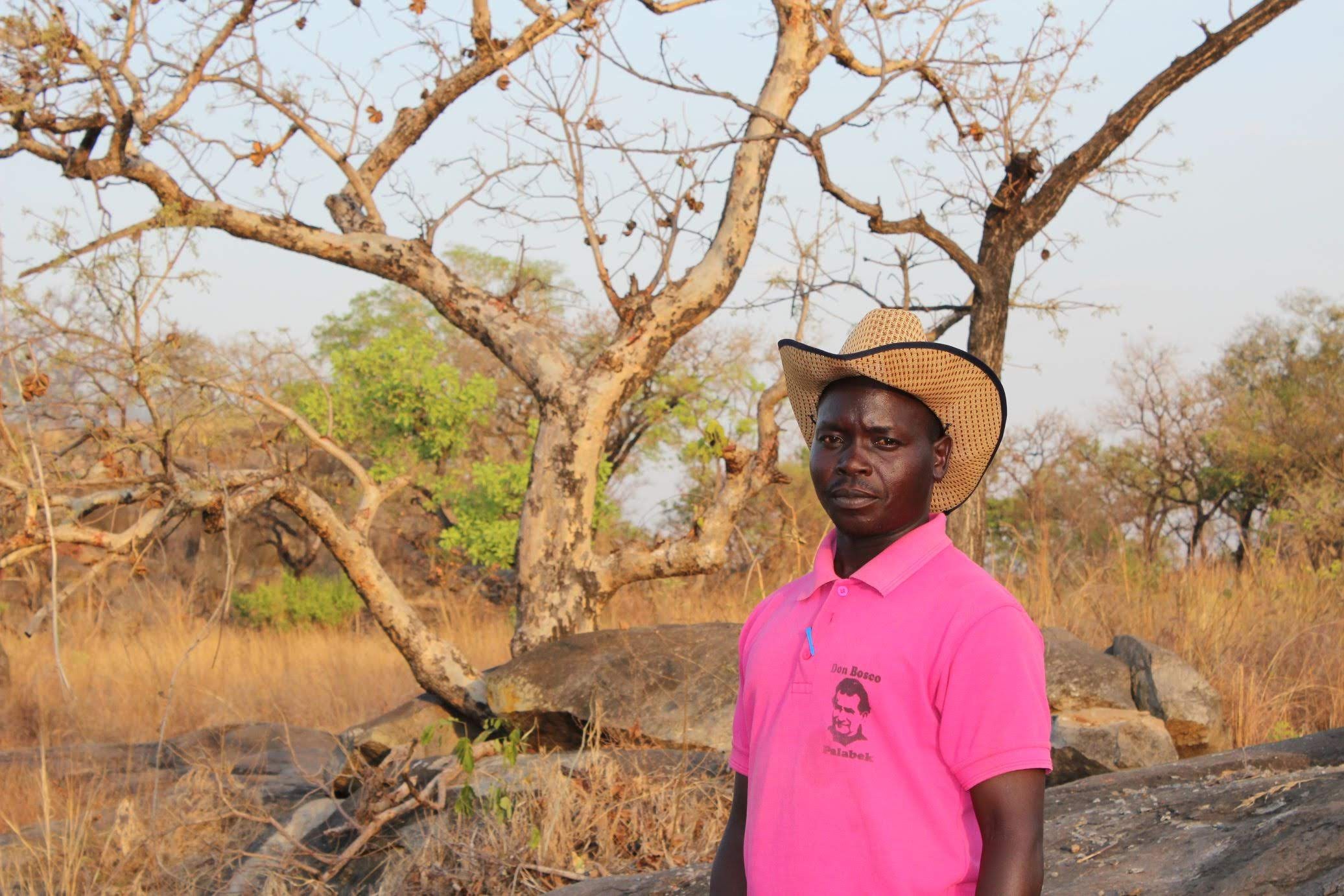 An Inside Look at the Palabek Refugee Settlement

Palabek Refugee Settlement, located in northern Uganda, is home to approximately 36,000 South Sudanese refugees. South Sudan was plagued by civil war in 2013 and conflict still remains in the region. In February of 2019, Father Filippo Ferraro, Executive Director of SIHMA, had the opportunity to visit the settlement and conduct two interviews in order to gain a greater perspective of the reality of these refugees’ ongoing situation.

The first interview conducted was with Okurut Axel, the Assistant Settlement Commander, from the UNHCR. Okurut outlines the process of how refugees arrive at Palabek.  There are five border points which allow the people to enter Uganda. Here, they are screened for various medical conditions and are then transported to what Okurut calls the “collection center” where they are registered and given a cooked meal.  Prior to departing the collection center, refugees are given a plot address in the settlement, which is comprised of 7 zones divided into various blocks. The land for the Palabek settlement was given by the local people of the area and was neither purchased or leased.  However, the local people will benefit from the investments put into the land, like schools, hospitals, and other structures. Locals do continue to live on this land, which will be returned to their possession once there is no longer a need for the settlement.

Okurut discusses various hardships that are present within Palabek.  For instance, the medical centers are not of the best quality and are not equated to the population they serve.  Additionally, the schools in the settlement are quite limited and struggle with literacy issues. Okurut states that the educators do not share their results from the classroom which makes it difficult to improve the situation.  Further, he explains that there are some livelihood programs offered, but youth often do not take advantage of the opportunities because they have lost their energy and drive for life after the war. Despite such difficulties, the refugees of the Palabek settlement have established their own leadership system. The people elect block leaders, called “refugee welfare counsel”, zone leaders, and a chairman of the entire settlement.  The current chairman is Ochan Robert Vanderiko, who Fr. Filippo had the chance to speak with.

Robert is a 32 year-old South Sudanese refugee in Palabek.  In addition to being the chairman of the refugee welfare counsel, he is also the acting chairperson of the church and helps to coordinate the chapels for the work of the Don Bosco citizens in the Palabek settlement.  Robert was questioned about some of the challenges he faces within the settlement, the work and assistance of the Don Bosco citizens, as well as the outlook for the return of South Sudanese refugees to their home country.

The war in South Sudan created a division of identities among its people, which did not end when they arrived at Palabek.  Robert attempts to bring these different communities together to create a common identity, as he states, “The challenge is bringing all these people to look at themselves as South Sudanese and as the creation of God so that they can embrace each other and live in peace”.  Another issue brought to light is the high amount of unaccompanied children who have lost their parents and women who have lost their husbands. Women and children are often the ones taking care of the elderly and supporting the family. Education has also been severely disrupted.  Youth cannot continue on to higher education or university because this type of schooling is not available in the settlement and there are no longer any scholarships. Furthermore, Robert stresses the religious and spiritual challenges that the refugee community has experienced. Due to the conflict, there was a lack of priests from the main dioceses which caused Christians to become isolated. They were forced to rely on catechists for their religious education.

Robert expresses that the religious community has improved with the help of the Don Bosco citizens. Catechists are being trained and youth are being engaged.  Evidence of this is present in the interview, as you can hear a children’s choir singing in the background. There has been a rekindling of the Christian faith, helping morally guide the youth of the community.  Robert believes that faith has become a type of psychosocial support for the people of Palabek. Not only does the Sunday service provide communal relief and engagement, but the church gives the people a common identity as part of the Christian family.  The citizens of Don Bosco have also provided livelihood programs for the refugees. Such programs include bead and rosary making. Additionally, there is a technical school for those who completed a certain level of education in South Sudan and cannot continue to university because of the current situation.

A final point of interest in the conversation with Robert is a discussion of when these refugees will return to South Sudan.  Robert speaks from both his experience with the people directly and his own personal experience, as this is now his second time as a refugee.  Although the war has generally ended, it will take much more for people to believe that peace has truly come to the region. Thus, it is unlikely for people to return home for quite some time.  The South Sudanese government has not yet formally requested for its people to return or how this will happen. Even after the peace agreements have been signed, people do not generally believe it is safe to return. There is still a significant transitional period that will determine if the country will remain at peace.  The true indicator of peace is what happens after elections, whether or not those who lose the election will rebel. Robert states that there is generally a four year transitional period following a signed peace agreement before people will begin to move. He believes women and children will likely stay to take advantage of the vocational training, while the educated class may leave sooner to look for job opportunities in South Sudan, but generally “people are not likely to move out here at once or soon.”

These interviews provide a deeper look into the reality of life for refugees at the Palabek settlement.  Although Palabek faces issues like division of identities, limited education, and disruption of the family structure, the settlement provides a space in which refugees can learn skills and live together in a faith based community, which can guide the morals of youth to bring a generation of peacemakers to South Sudan.  This idea is reflected in Robert’s statement:

So, it is an effort not just to help the immediate needs but it is also an effort that is being, that is triggering, that is raising a new generation for South Sudan- a new generation of people who embrace each other, who love each other, who have some skill and have their own sources of livelihood.  This is what I see beyond this and I also see this faith, this youth that are here that are growing, that are being morally guided. I see them as a hope to change South Sudan…

We hope to see that a new generation of South Sudanese can help bring ongoing peace to a nation afflicted by war and conflict.