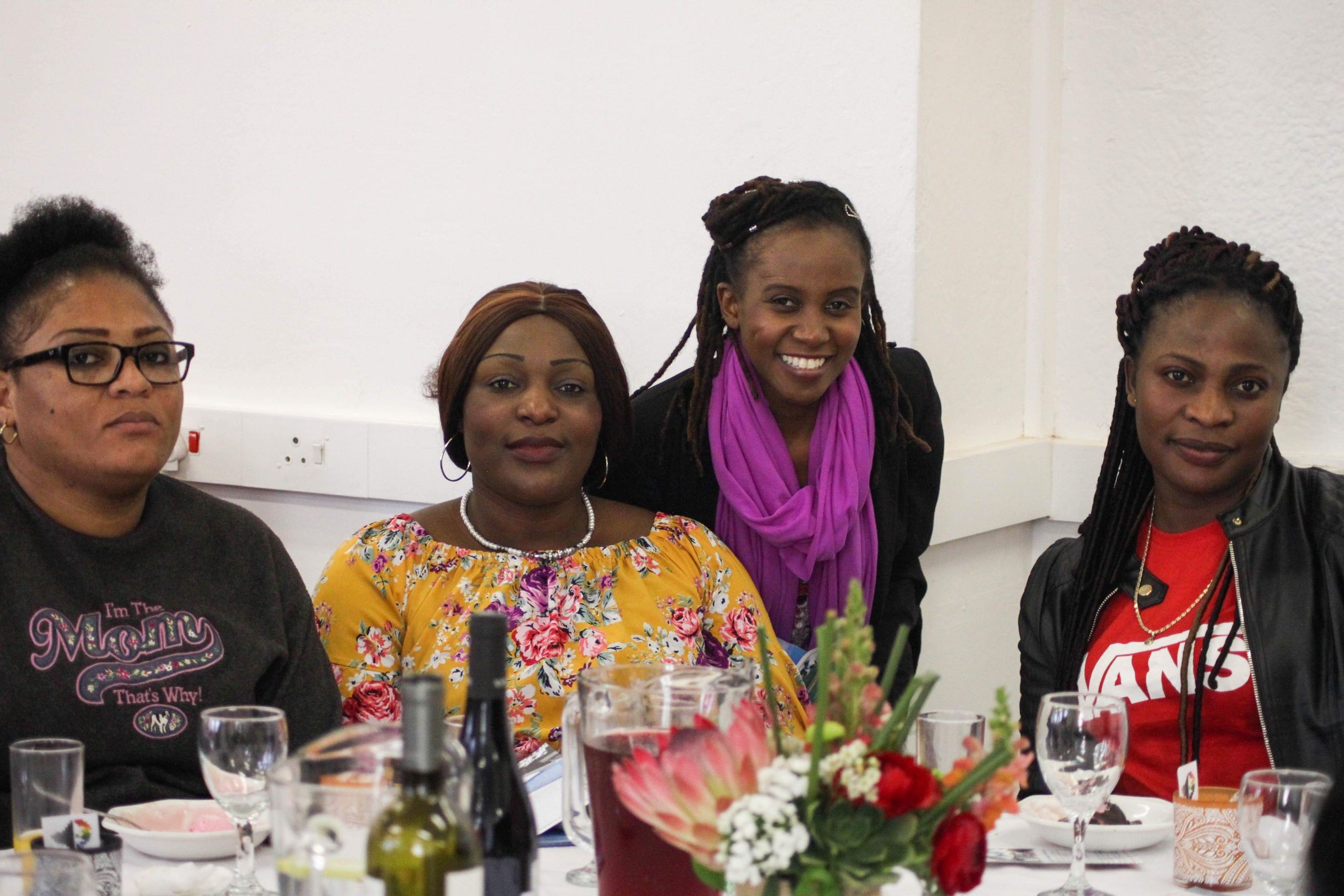 The Scalabrini Fathers celebrated the 25th anniversary of the establishment of their mission in Cape Town with a luncheon on Wednesday, 26 June. The event commemorated the hard work of the staff, volunteers, and trustees of the Scalabrini Centre of Cape Town, SIHMA, and Lawrence House whose combined efforts have ensured that migrants to South Africa are treated with dignity and empathy, qualities emphasized by the endeavors of John Baptist Scalabrini.

Father Filippo Ferraro, executive director of SIHMA, commenced the event by speaking of the values held by Scalabrini and the way that his compassion for migrants continues to inspire the work of the Scalabrini Centre of Cape Town today. While recognizing the inspiration that Scalabrini serves for this organization, Father Filippo also acknowledged the way that Scalabrini was first hesitant to trust migrants and only advocated for them after listening to their stories and understanding the immense hardships that they had been through. Scalabrini, armed with a newfound compassion held by few others at the time, dedicated his life to researching human migratory patterns and providing support for the protection of rights of migrants. Like Scalabrini, the team at SCCT provides support to refugees and migrants while engaging with the rich differences maintained by the many people who come to the Scalabrini Centre, a fact that Father Filippo acknowledged as he thanked the workers for their contributions, citing a number of examples where SCCT had made real differences in the lives of immigrants.

After Father Filippo delivered his welcome, UNITE (SCCT’s service that works with a number of high schools in Cape Town to empower immigrant youth and encourage understanding and acceptance between high schoolers of all backgrounds) played a video created by its teenage participants which featured a variety of cinematic styles to demonstrate the work of their department. One part of the video was an interpretive dance while another dealt with the experiences of a migrant teen in his South African high school. The video project was a hit among attendees, especially those who could personally relate to its themes.

Catering the lunch were members of the Women’s Platform who provided an assortment of delicious foods like potatoes, butternut squash, salad, and bread to go with the main lasagna dish. The hungry guests greatly appreciated all the offerings, finishing off everything, before indulging in the ice cream dessert. Another Women’s Platform participant created the stunning table decorations that featured an assortment of flowers, each of which was taken home by the end of the luncheon.

With warm conversation shared by the commendable team members of SCCT, SIHMA, and Lawrence House as lunch was enjoyed, the event was a perfect commemoration of the work of the Scalabrini Fathers in Cape Town and the people who have helped bring their vision to life. Another year of meaningful work at Scalabrini is sure to follow!